June Harrison was a member of the start-up executive committee for Anantara Vacation Club (AVC), and one of the core launch team responsible for proposing the Company’s 5 year business plan, which was successfully accepted in 2010.  As SVP Club Operations, June  was responsible for conceptualizing the design of the Club’s offering for its Owners, and then implementing this vision. June has led the development and execution of the service strategy, strategic partnerships for exchange and new product programs, financial management, and resort operations.  She managed Club Services and Operations with centres in Bangkok and Shanghai, and Club Resorts in Phuket, Koh Samui and Bangkok in Thailand Bali, Indonesia,  Queenstown New Zealand, and Sanya, China..

Previously, June was Vice President Customer Delivery for Marriott Vacation Club Asia Pacific based in Singapore, which also involved the initial design and implementation of a multi-jurisdictional points-based vacation ownership program.  Heading up Club Operations, she was responsible for service delivery, contract administration, financial management, and resort selection and management across Singapore, Thailand, and Hong  Kong.

Prior to her ten years of operating experience in Asia, June held senior management positions in the vacation ownership industry in Australia.  She was part of the start-up team and held the position of Vice President of Club & Resort Operations for Trendwest South Pacific (now WorldMark South Pacific by Wyndham).  This involved establishing the club presence for Trendwest in Australia and leading both the service and resort operations strategy in Australia, New Zealand and Fiji.  Before that she was the Managing Director of TRM (now Classic Holidays), which at the time was the largest vacation ownership management company in the South Pacific region. 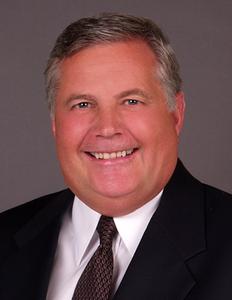 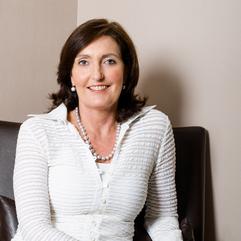 IRDS was formed by Harold Derrah in 1995 to provide consulting services to major tourism operators in North America.  Projects undertaken in the USA included the acquisition of resort projects, due diligence for resort consolidation, the securing of financing for project development, securitization, and turnaround services for resorts, sales and marketing operations.  IRDS also completed the development, management, planning, financing and construction of a Casino Resort. IRDS  has extensive experience in the Asia Pacific region with construction of resort projects, business planning,  start-up's  and execution of sales, marketing and service operations.


IRDS has gathered  together a team of seasoned professionals with extensive experience in all aspects of business planning and execution.   We at IRDS pride ourselves on delivering  on our   promise and exceeding expectations.     The key principals are Harold Derrah, President & CEO and June Harrison, Senior Vice President.

Harold Derrah, Founder of IRDS, served most recently  on the vision and start-up of Anantara Vacation Club based in Bangkok, Thailand. for Minor International.   He developed the business plan and implemented the successful start-up of operations in Bangkok, Phuket, Koh Samui, Bali, Hong Kong, Singapore, Shanghai and Sanya in China.   As  CEO of Anantara Vacation Club, he drove the business strategy for  the sales, marketing, and service

operations.  Harold also oversaw the development and construction projects in the region and developed a strong and committed team of professionals.

From 2003 - 2006 he was Regional Managing Director –Asia Pacific for Marriott Vacation Club International (MVCI), based in Singapore.  Through a consulting arrangement between MVCI and  IRDS he over saw the successful turnaround of the Marriott Phuket Beach Club operation and the regional development and implementation  of the Asia Pacific Business Plan incorporating operations in Singapore, Hong Kong, Thailand and Japan.

Prior to that he held the position of  President & CEO of Trendwest South Pacific, which involved the business planning and start up of  operations in Australia, New Zealand and Fiji.

Prior to Harold’s involvement in the Resort industry he was the CEO of Trendwest Inc, based in Oregon  leading 29  diversified companies including hotels, real estate, manufacturing, automobile dealerships, car rental, mortgage brokerage, title insurance and even a dairy.

Harold is a native of USA having grown up in Klamath Falls, Oregon.  Early in his career he took on the role of Klamath Falls City Manager where he introduced several innovative new projects such as a hydrothermal district and hydro-energy plant.

Harold is on the Chairman's league of the American Resort Development Association (ARDA), and is invited to speak regularly at conferences around the world.    He  travels extensively between USA, Asia and Australia.